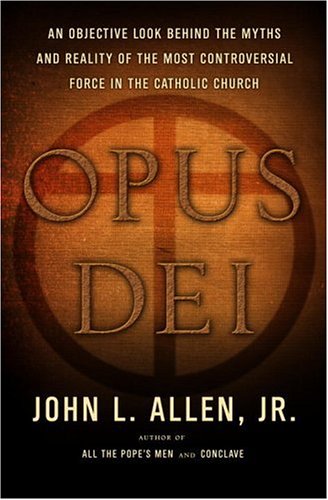 Opus Dei: An Objective Look Behind the Myths and Reality of the Most Controversial Force in the Catholic Church

Allen, an author and journalist covering the Vatican, opens this exhaustive study of Opus Dei by describing the 85,491-member spiritual organization of clergy and lay people as the "Guinness Extra Stout of the Catholic Church"—"a strong brew, definitely an acquired taste, and clearly not for everyone." To undertake his examination of the group, Allen visited Opus Dei outposts around the world, conducting 300 hours of interviews with members and ex-members. He also lived for five days in an Opus Dei residence and had access to high-ranking officials and private correspondence from the organization's archives. Allen thoroughly explains the group's history and motivating ideas and carefully addresses such questions as its treatment of women, secrecy, financial holdings, wielding of church and political influence and recruiting practices, concluding with recommendations for ways to improve Opus Dei's image. Allen's balanced, even reporting sometimes borders on the clinical, as when he lists the numbers of Opus Dei members inside the Vatican or analyzes the group's finances. Harsh critics of the group and those expecting more titillating details may be disappointed, but readers who are curious about this often mysterious organization will find Allen's opus on "the Work of God" most informative.