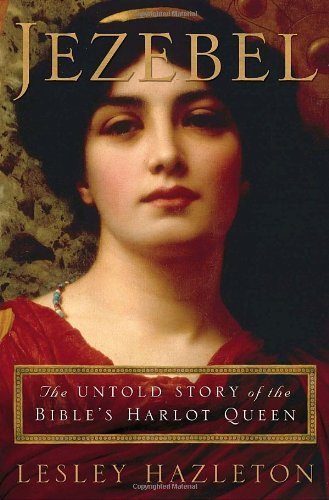 Jezebel: The Untold Story of the Bible's Harlot Queen

Like other villains of the Bible, Jezebel, it turns out, may have been gravely mischaracterized throughout history. Unlike Judas, of whom there are alternative, rehabilitative stories, the only historical account of Jezebel's life exists in the Books of Kings. What Hazleton argues, however, is that this account is self-subverting and has been misconstrued throughout history. Interlacing fictional narrative with engaging commentary, Hazleton points out that Jezebel was never sexually promiscuous or even accused of being so; the word “harlot” only ever referred to her unfaithfulness to Yahweh. And while Elijah is a universally loved biblical figure (Hazleton gives examples of Jewish, Christian and Muslim reverence for him), her reading of Kings reveals him to be the worst sort of fundamentalist—the kind who thinks that all who oppose the true faith should be killed. Hazleton draws from a deep, impressive well of scholarship and includes a fascinating travelogue of her journeys to the places described in Kings. In addition, she provides her own rich, nuanced translation and uses it to highlight the wordplay in which the biblical authors frequently engage. Replete with apt comparisons to modern Middle Eastern conflicts, this revisionist portrait is equal parts fun and sobering—a colorful history lesson that's sorely needed.