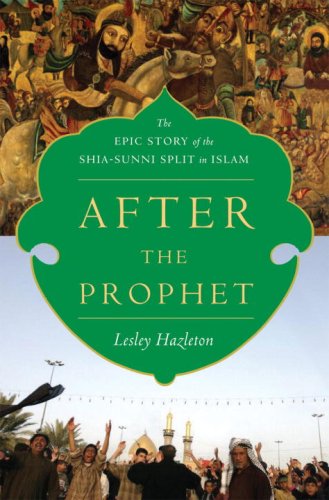 After the Prophet: The Epic Story of the Shia-Sunni Split in Islam

Much American foreign policy has been shaped by the centuries-old disagreement between Islam's two main factions, and yet Americans in general, and our politicians in particular, often can't tell Sunnis from Shi'ites. With the publication of this outstanding book, we no longer have any excuse. Hazleton ( ) ties today's events to their ancient roots, resurrecting seventh century Arabia with reverence and vivid immediacy. Here are rich recreations of the lives of the Prophet Muhammad and his beloved wife Aisha; here are often overlooked details (why is green the color of Islam? why do some Muslim women veil?) filling in the contours of the narrative. The battle to name Muhammad's successor is gripping—but it is Hazleton's ability to link the past and present that distinguishes this book: “the main issue is again what it was in the seventh century—who should lead Islam?—played out on an international level. Where Ali once struggled against Muawiya, Shia Iran and Sunni Saudi Arabia today vie with each other for influence.” Anyone with an interest in the Middle East, U.S.-international relations or a profound story masterfully told will be well served by this exceptional book.