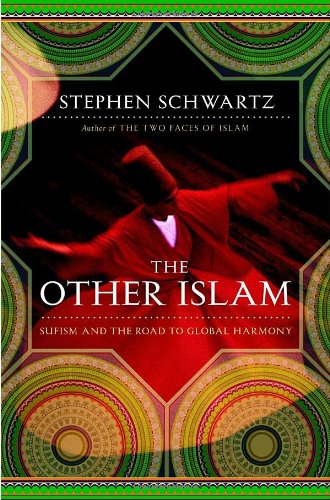 The Other Islam: Sufism and the Road to Global Harmony

Schwartz, a journalist and convert to Islam, offers Sufism, the mystical branch of Islam, as an aid to the United States’ efforts to fight extremism. He provides an incomparable history of Sufism, covering in one short book all the major Sufi saints, schools, and the persecution of Sufis by Wahhabis. Deeply anti-Wahhabi, Schwartz encourages U.S. policymakers to ally with Sufis to undermine the Wahhabi influence. Schwartz believes the Wahhabi philosophy, which is literal and extreme in its interpretation of the Islamic faith, to be the motivation behind Muslim terrorism, with Wahhabi Saudis providing the financing. Wahhabis abhor Sufis for centuries-old traditions they label as idolatrous. Schwartz critiques the Western media for inaccurately dismissing Wahhabi attacks on Sufis, including the insurgency in Iraq, as Sunni-Shia disputes. In reality, Schwartz argues, they are part of the centuries-long Wahhabi campaign to destroy Sufism and moderate Islam. Schwartz’s opinion—that Sufis are the natural allies of the U.S. in the ongoing war on terror—is well presented and worth considering