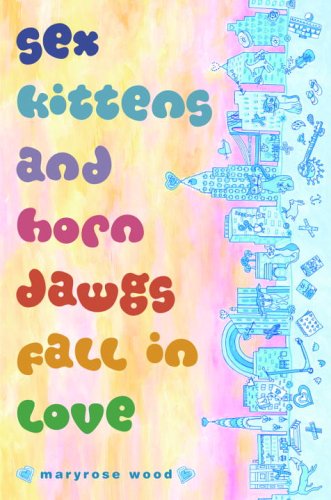 Narrator Felicia has a crush on science-obsessed Matthew, so she proposes a science project for them to work on together: to "unmask the meaning of X" ("the thing that makes Love Work Out"). Of course, first Felicia must confess her feelings, but once she makes that leap, Matthew admits he "think[s] we could win the science fair with this one." The fast-paced, slang-driven narration in this debut novel takes a bit of getting used to (Felicia sprinkles the narrative with poems, friendship rules, known as Kitten Directives, and lots of capital letters) but, once hooked, readers will race along with the heroine as she and Matthew explore love's strange phenomena, such as "Romantic Setting" and "the Romeo/Juliet Thing." The 14-year-old's alternative New York City school provides plenty of other likeable, offbeat characters, such as a sitar teacher who reveals her personal love story in a Hindi love song. As Felicia watches other friends connect—and miss—she discovers that even she gives off her own brand of X. Readers may not be surprised about the pair's scientific conclusions, but they will certainly have a positive reaction to this fun, original plot. Ages 12-up.