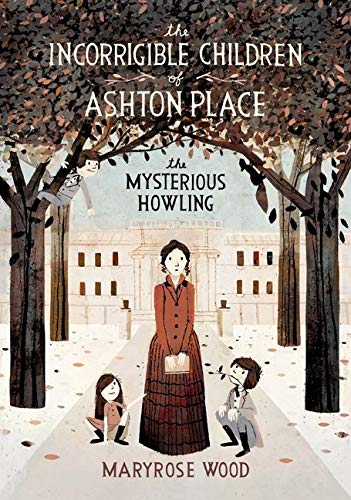 In this humorous kickoff to the Incorrigible Children of Ashton Place series, Wood ( ) injects new life into the governess theme by charging genteel 15-year-old Penelope Lumley (educated at the Swanburne Academy for Poor Bright Females) with three wild children—Alexander, Beowulf, and Cassiopeia—who were raised in the woods and taken into the “care” of Lord Frederic Ashton and his selfish, superficial bride (the children are living in a barn when Penelope arrives). With a Snicketesque affect, Wood's narrative propels the drama; Penelope is a standout, often invoking the truisms of her school's founder (“The best way to find out how fast a horse can run is to smack it on the rump”) while caring for the Incorrigibles—named such so they won't be presumed Ashton's heirs. Despite the slapstick situations involving the children's disheveled appearance, pack behavior, and lack of language, the real barbarism comes from the Ashtons and a society that eagerly anticipates their failure. Though the novel ends a bit abruptly, the pervasive humor and unanswered questions should have readers begging for more. Final art not seen by . Ages 8–12.