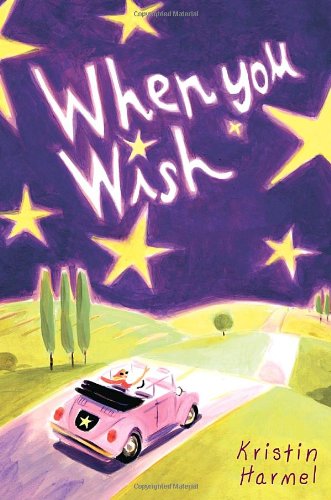 Harmel is a reporter for magazine—and it shows. In her first novel for teens, she displays her knowledge of pop culture by salting her writing with references to everything from Kelly Clarkson to bling. For readers who crave that sort of thing, her book won't disappoint. Its main character, a 16-year-old pop diva appropriately named Star, has it all—a great body, tons of money, fame and two Grammys to prove it. Never mind that her “relationship” with the equally famous bad-boy Jesse Bishop is staged by their publicists, or that her controlling stage mother has been lying for years about her absentee father. But when a reporter tells Star that her father's in Florida, and looking for her, she travels in disguise to find him. What follows is semientertaining yet predictable. Star experiences what it's like to feel “normal” and how it feels to be with a boy who likes her for herself, not her fame. As Star learns about life beyond the glitz and glamour, fans will be nodding in recognition. Ages 12-up.