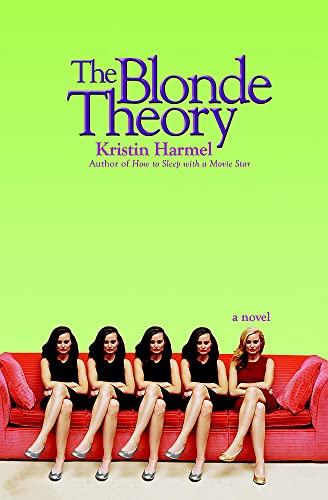 In her follow-up to , Harmel, a chick lit reviewer for morning television show , nails the formula: girl can't get guy, girl employs zany tactics, girl gets string of lame guys, girl learns about herself. Harper Roberts is a brilliant 35-year-old New York patent attorney who hasn't had a satisfying relationship in three years. So when her girlfriends dare her to test the "Blonde Theory" as fodder for a magazine article, Harper takes the bait and agrees to spend two weeks as not just a blonde (which she is), but as a ditsy blonde, complete with skimpy clothes and a stunted vocabulary. She quickly rounds up dates with men who think she is either a cheerleader or a bartender, and she also connects with Matt, a dreamy soap opera actor who knows the real Harper. Assuming he is as superficial as the men ditsy Harper is dating, smart Harper doesn't believe his attentions are genuine. In the meantime, she receives sage advice from her (cute) plumber. This book isn't a life-changer, but it is a nice time killer.