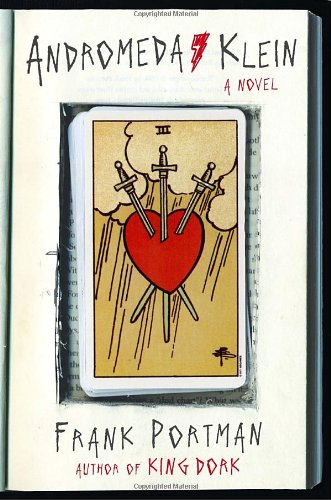 Portman's second novel (after ) offers the story of Andromeda Klein, a tarot and occult–obsessed loner contending with typical teenage challenges—a cruel social order, being summarily dumped by her crush—as well as with the recent death of her best friend, Daisy; the possibility that her occult practices are having real-world consequences; and her library's decision to purge its shelves of little-read books that happen to be her favorites. Andromeda is also hard of hearing, and her ongoing misinterpretations give the book its appealing, idiosyncratic voice and unique lexicon (discombobulated becomes “action-populated,” and “bacon” means pagan). Portman's depiction of Andromeda's struggles in her claustrophobic world is skilled and affectionate; despite her strangeness, readers will identify with her feelings of isolation. The frequent references to the occult make for a slow, intricate and arcane journey and are likely to limit the book's audience. However, those up for the challenge will find plenty of food for thought. As Portman writes, “Most magical writing is deliberately obscure, designed to hide crucial matters from the uninitiated yet reveal them to those who know how to read the texts properly.” Ages 14–up.