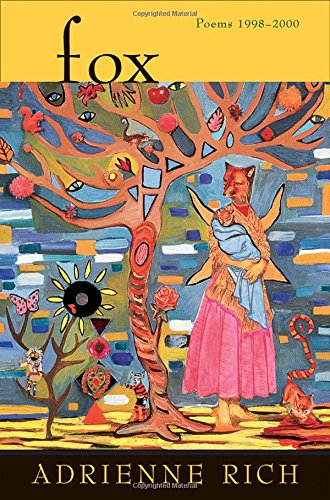 The justly celebrated Rich (, , etc.) has been publishing verse now for over 50 years; her oeuvre has included 1950s formalism, some of the subtlest protest verse of the 1960s and broadly successful volumes— in verse and prose— that helped set the agenda for 1970s feminism and gay and lesbian liberation. Rich's recent style—developed slowly throughout the 1990s—comes to full fruition here, conveying her familiar attentions to social injustice and intense introspection with and a sometimes harsh, fragmented, versatile line whose sources include George Oppen and Anglo-Saxon accentual verse. Rich praises, commemorates and questions friends and public figures, while thinking about what political action means; lines and stanzas glide over West Coast landscape, revive or revise history, and interrogate the poet's frustration with a profligate, unjust society. "On the bare slope where we were driven," Rich insists in "Messages," "The most personal feelings became historical." One of several powerful poems for, to and about unnamed friends or mentors offers "A lighthouse keeper's ethics:/ you tend for all or none/ for this you might set your furniture on fire." With her emotional complexity, her scratched-up sonic surfaces and her strong ethical commitments, Rich has long wanted to set her readers' minds blazing: more often than not, in her new work, she succeeds.

Midnight Salvage Arts of the Possible A Change of World