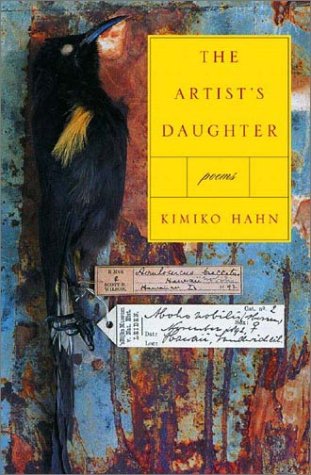 The titular poet-daughter of this sixth volume dwells in a dark, sexually fervent, phantasmagoric world inspired by Germanic fairy tales. Oozing rivers, bloody cages and the artist's studio decorated "in half a dozen versions of black" are ruled over by the precepts of Freud and Jung via modern sadomasochistic imagery: "if he turns his gaze, she will beat him bloody until there is nothing left but a pile of teeth. She will hold a mirror in front of herself so all he can see are her fingertips and crown." Notes on dismemberment and bits from are the basis for mordant rewritings of classic tales from the Brothers Grimm; in a daughter's hands, Freud's is the slip between an ideal of motherhood, and the reality: "I understand... the stepmother in the cross-hatched woods/ abandoning the children." An odd poem-by-poem reclamation of power takes place via the recitation of sexual taboos from incest to necrophilia, and (as in Hahn's previous collection, ) poems that linger over the death of the poet's mother. Much of the book's descriptive vocabulary deploys post-structuralist theoretical constructs: the other, mirroring, "Unbecoming, a desperate homesickness/ even at home. " Self-conscious, grave and saturated with anger, this book tracks a distinctly gendered attempt to break through the emotional tether of bereavement and the irritant of social mores. If it doesn't quite succeed, it is nevertheless a primal scene of familial power.