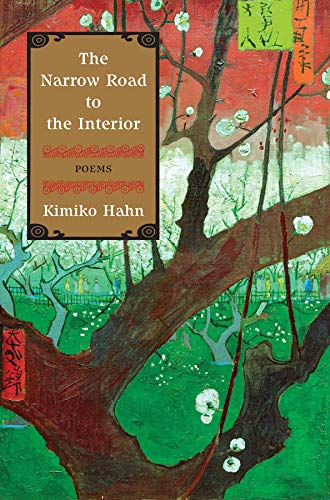 The Narrow Road to the Interior

A kind of poet's journal or miscellany, mixing verse with prose, considered ideas with spontaneous exclamations, notes to friends and even e-mails, Hahn's seventh book adapts the traditional Japanese prose poetry genre to modern American aims. The notebook form allows room for scenes in Brooklyn and on Cape Cod; the poet's feelings about her preteen daughter and her former husband; her thoughts on academia and on Asian-Americanness; her experience of her own body, in youth, in sex and in middle age; and her reactions to 9/11. Honesty has long stood among Hahn's strengths: "I want hands on my face the way no husband or woman has ever held me." Childhood recollections are also movingly evoked: "I need not write about those snow forts where I lay on my back looking up at the ceiling turning into twilight, my mother calling from the trite threshold." Hahn's self-consciousness about this cross-cultural form—a recurring theme—can become self-indulgent, and the development comes not from a change in Hahn, but from the terrorist attack on her city. No revelation emerges at notebook's end. And yet her individual musings retain their force, even in a form Hahn ( , 2004) calls "a kind of fragmented anything."