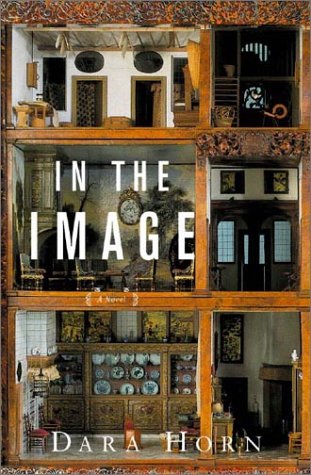 In an enchanting, introspective and emotionally charged debut, Horn travels back and forth through time and space offering snapshots of the intertwining lives of Vienna native William Landsmann and his late granddaughter's best friend, Leora. Following the hit-and-run accident that killed his granddaughter Naomi in the suburbs of New Jersey, the depressed Landsmann tries to forge a friendship with high school student Leora by showing her slides from his travels, image after endless image. As Leora matures and slowly heals from the loss, she meets and falls in love with Jason, a college jock who has his heart set on caring for the elderly until he undergoes a religious transformation. Things end badly with Jason, but a few years later, Leora meets introspective Jake, at a lecture on Spinoza in Amsterdam. Jake, to Leora's fascination, "could have been born in any era, in any place in the world, and would probably have turned out more or less the same." Tossed into the mix are flashbacks from Landsmann's childhood and stories of his grandmother Leah, who flings her father's tefillin into New York Harbor at the tragic end of a love affair. Horn examines the religious and secular choices of each character, questioning the true nature of Judaism and of faith in general without being preachy or overly judgmental. An occasional stiffness in the narration is overcome by the warmth of her appreciation of Jewish culture and heritage, and she makes eloquent use of recurring motifs—modeling clay, photographs, miniature dollhouses and deep sea diving among them—as she captures life in early 20th-century Europe and contemporary New York.