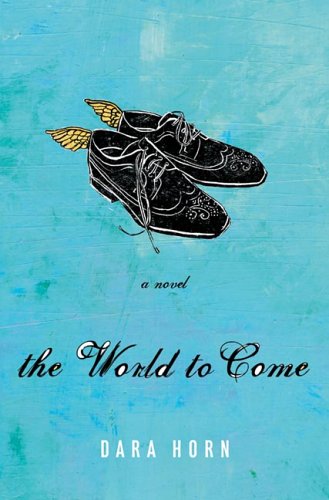 Former child prodigy Ben Ziskind—5'6", 123 pounds and legally blind—steals a Marc Chagall painting at the end of an alienating singles cocktail hour at a local museum, determined to prove that its provenance is tainted and that it belongs to his family. With surety and accomplishment, Horn ( ) telescopes out into Ziskind's familial history through an exploration of Chagall's life; that of Chagall's friend the Yiddish novelist Der Nister; 1920s Soviet Russia and its horrific toll on Russian Jews; the nullifying brutality of Vietnam (where Ben's father, Daniel, served a short, terrifying stint); and the paradoxes of American suburbia, a place where native Ben feels less at home than the teenage Soviet refugee Leonid Shcharansky. Ben's relationship with his pregnant twin sister, Sara, a painter who eventually tries to render a forgery of the painting to return to the museum, is a damply compelling exposition of what it means to have someone biologically close but emotionally distant. Horn, born in 1977, expertly handles subplots and digressions, neatly bringing in everything from Yiddish lore to Nebuchadnezzar, Da Nang, the Venice Biennale, recent theories of child development, brutal Soviet politics and Daniel's job as a writer for fictional TV show . Characters like Erica Frank, of the Museum of Hebraic Art, give tart glimpses into still-claustrophobic territory, which Horn then unites with a much grander place that furnishes the book's title.