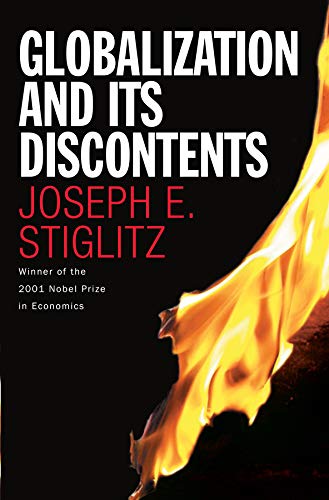 GLOBALIZATION AND ITS DISCONTENTS

Stiglitz, a Nobel Prize winner and Columbia University economics professor, sees globalization's unrealized potential to eradicate poverty and promote economic growth. In recent years, the International Monetary Fund, the World Bank and the World Trade Organization have promoted world financial stability, prosperity and free trade, yet Stiglitz wonders why so many revile these organizations' programs to the point of rioting in the streets. Casting a dispassionately analytical eye at East Asia's and Russia's financial turmoil, he argues that the IMF imposed austere policies that only exacerbated each area's problems. When he finds a similar policy pattern for other countries in crisis, Stiglitz asks how a public institution can ignore growing evidence of a flawed policy and not take action or be held accountable. In answering his own question, Stiglitz blames the "market fundamentalism" that endorses the view that a "free" market solves all problems flawlessly. As Stiglitz authoritatively indicates, one-size-fits-all economic policies can damage rather than help countries with unique financial, governmental and social institutions. He calls for public institutions to reform and become more transparent and responsive to their constituents. Stiglitz shares inside information from cabinet meetings when he served on Clinton's Council of Economic Advisers and from his years as chief economist at the World Bank, divulging debates in Washington's conference rooms, naming names and raising his eyebrows at those who refuse to question certain IMF policies' repeated shortcomings. This smart, provocative study contributes significantly to the ongoing globalization debate and provides a model of analytical rigor concerning the process of assisting countries facing the challenges of economic development and transformation.