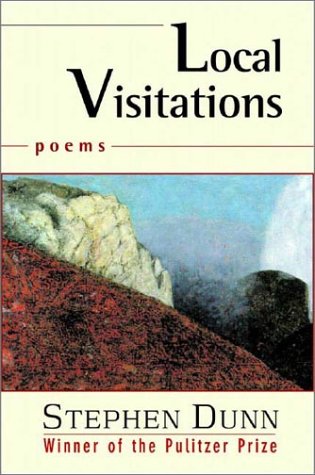 A Pulitzer Prize–winning poet of domestic emotions and New Jersey landscapes returns to familiar spaces and themes in this comfortable and comforting (if rarely surprising) 12th book. As in previous volumes, Dunn sorts his poems into related series, all of which exemplify the plain diction and commonsense homilies for which he has been widely admired. The first sequence follows a modern-day Sisyphus, whose middle-aged troubles readers may easily match up with their own: "Sisyphus in the Suburbs," seeking Christmas presents, hopes to "walk through the unappeasable/ crowds as if some right thing/ were findable and might be bestowed." Dunn (, , etc.) gathers his newest poems of marital love into a less detailed, perhaps more personal second section ("Best to have a partner whose desire matches yours"). The third and most ambitious sequence imagines a queue of "Great Nineteenth-Century Writers" in the poet's own contemporary South Jersey. These poems merge the chosen writers' favorite themes and phrases into Dunn's own quiet, demotic language: "Dickens in Pleasantville" begins "It is neither the best nor worst of times," while "Melville at Barnegat Light" "could hear sounds/ of life from distant and disappearing shores." Dunn's quiet free verse keeps matters of diction and music on deep background, hoping to focus on ready emotion instead. Here as in his previous work, he offers a plain and sometimes plaintive introspection, a panoply of lightly sketched driveways, shopping malls and seashores, a real attempt to represent his region (South Jersey) as well as a nation's careful coccooning.