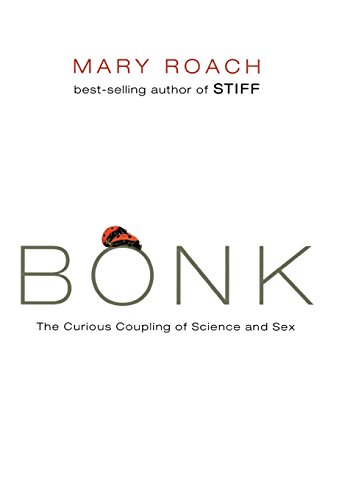 Bonk: The Curious Coupling of Science and Sex

Roach is not like other science writers. She doesn't write about genes or black holes or Schrödinger's cat. Instead, she ventures out to the fringes of science, where the oddballs ponder how cadavers decay (in her debut, ) and whether you can weigh a person's soul (in ). Now she explores the sexiest subject of all: sex, and such questions as, what is an orgasm? How is it possible for paraplegics to have them? What does woman want, and can a man give it to her if her clitoris is too far from her vagina? At times the narrative feels insubstantial and digressive (how much do you need to know about inseminating sows?), but Roach's ever-present eye and ear for the absurd and her loopy sense of humor make her a delectable guide through this unesteemed scientific outback. The payoff comes with subjects like female orgasm (yes, it's complicated), and characters like Ahmed Shafik, who defies Cairo's religious repressiveness to conduct his sex research. Roach's forays offer fascinating evidence of the full range of human weirdness, the nonsense that has often passed for medical science and, more poignantly, the extreme lengths to which people will go to find sexual satisfaction.