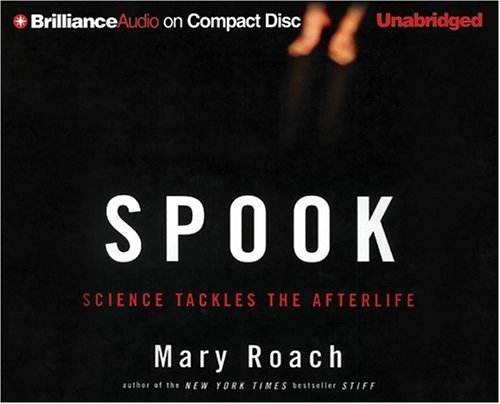 The deadpan humor and subtle wit that journalist Roach ( ) is known for is overshadowed by Quigley's exaggerated delivery in this disappointing audio adaptation. Like Roach's previous book, this exploration of the afterlife is loaded with unusual historical facts, oddball encounters and humorous observations. Unfortunately, Quigley performs rather than reads the material, and her snarky, knowing tone is as out of sync with Roach's earnest investigation as are her atrocious character voices. For reincarnation researcher Dr. Rawat, she adopts a heavily accented voice as subtle as ' Hindu grocer, Apu. Professor Gerry Naham is lent a nasally, squeaky voice, apparently to convey his nerdiness (he aims to build a system that can detect the departure of a dying person's soul using electromagnetic energy). Then there's sheep rancher Lewis Hollander, whom Quigley gives the mellow voice of a stoned hippie despite Roach's description of him as "a kindly, soft-spoken guy"; one almost expects Hollander to preface his description of his homegrown soul-weighing experiment with "dude." Quigley transforms these intriguing, eccentric people into caricatures and makes this a grating listen.