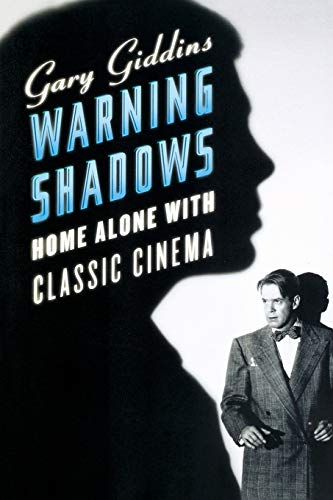 Critic Giddins ( ) gleans fresh insights from novel juxtapositions in these essays drawn from his newspaper reviews of DVD collections. The DVD collection’s is to group movies around organizing principles, which here run the gamut from Hitchcock retrospectives to Disney nature docs to Hollywood literary adaptations to charming oddities like a collection of silents starring Harry Houdini. The downside to reviewing them is that Giddins must glance at lesser works with little to recommend them, though he’ll often notice a fine performance, catchy score or radiant lighting scheme gleaming through the dross. The payoff is the themes that emerge as he sifts a wealth of comparisons and contrasts. These range from the failings of Rodgers and Hammerstein ( is “the happiest of all musicals involving Nazis”) to keen evocations of a movie star’s aura, the “casually authoritative stance” of an Edward G. Robinson or the “mulish twisting between bashful affability and cries de coeur” of a Jimmy Stewart. Giddins is the ideal couch companion, erudite but relaxed and witty; his perceptive commentary shows that it’s not what you watch, it’s how you watch it.