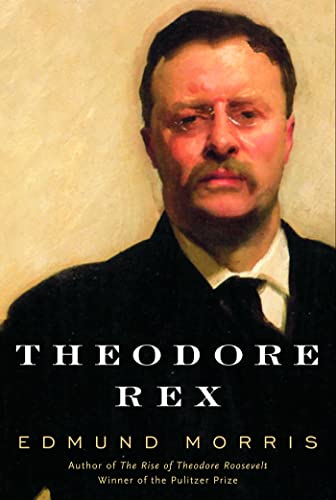 The second entry in Morris's projected three-volume life of Theodore Roosevelt focuses on the presidential years 1901 through early 1909. Impeccably researched and beautifully composed, Morris's book provides what is arguably the best consideration of Roosevelt's presidency ever penned. Making good use of TR's private and presidential papers—as well as the archives of such protégés as John Hay, William Howard Taft, Owen Wister and John Burroughs—Morris marshals a rich array of carefully chosen and beautifully rendered vignettes to create a dazzling portrait of the man (the youngest ever to hold the office of president). Morris proves the perfect guide through TR's eight breathless, fertile years in the White House: years during which the doting father and prolific author conserved millions of Western acres, swung his "big stick" at trusts and monopolies, advanced progressive agendas on race and labor relations, fostered a revolution in Panama (where he sought to build his canal), won the Nobel Peace Prize for mediating an end to the Russo-Japanese War and pushed through the Pure Food and Drug Act. John Burroughs once wrote that the hypercreative TR "was a many sided man, and every side was like an electric battery." In the end, Morris succeeds brilliantly at capturing all of TR's many energized sides, producing a book that is every bit as complex, engaging and invigorating as the vibrant president it depicts. Illus.