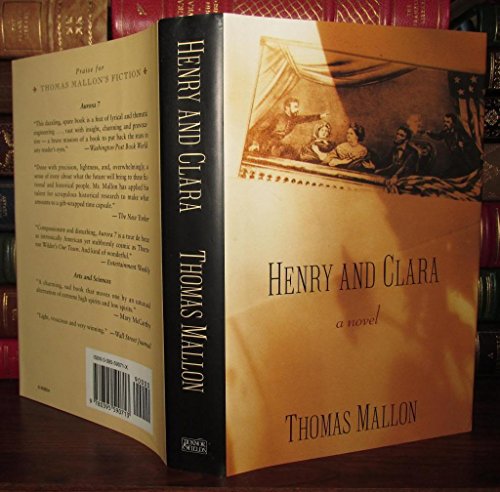 It is a wonder that the story of Colonel and Mrs. Henry Rathbone is not etched like a fable into the American consciousness. Raised as step-siblings in the same household in the mid-19th century, weaned on American politics in Albany, N.Y., and in the nation's capital, Henry Rathbone and Clara Harris, even as teenagers, were in love. Both keen, irreverent and gifted, the fiery Clara and the brash, cynical Henry epitomized youthful passion. Henry served with distinction in the Civil War's most horrific battles, while Clara suffered in Washington, not far from the action. When peace came, the still unmarried couple availed themselves of the capital's social splendors, while Clara artfully nudged the reluctant Henry toward marriage. Befriended by the imperious Mary Lincoln, Henry and Clara were invited to accompany the President and Mrs. Lincoln to Ford's Theater on April 14, 1865. From the gun of John Wilkes Booth issued a great American tragedy--the death of a leader at the pinnacle of his career. But what attracts Mallon is the tragedy, begun simultaneously, that befell the young couple, and which took another 50 years to find closure. Henry was badly wounded by Booth's knife, and Clara, seemingly without calculation, ministered to the grieving Mary Lincoln through the next morning, leaving her fiance unattended. The guilt that each suffered--Henry, for not saving Lincoln; Clara, for abandoning Henry in order to be at the side of history--became something neither could escape, until Henry took matters into his own hands, giving peace to Clara and releasing himself into madness. Mallon, whose previous novel, Aurora 7 , dealt with conjunctions of historical moment and private consequence, outdoes himself in this re-creation, which raises the private consequences of history to what seems their deserved status--legend. Optioned to Scripps-Howard for TV miniseries. (Aug . )
close
Details