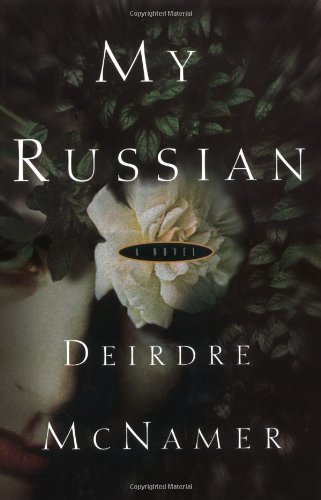 A woman who impulsively decides to change her life is the protagonist of McNamer's piercingly intuitive third novel. With the clarity and accuracy of a jeweler's loop, McNamer (Rima in the Weeds; One Sweet Quarrel) masterfully dissects the oppressive torpor of life in an anonymous Pacific Northwest town, where everyone seems content, and ""rhetorical politenesses are not yet considered lethally inefficient, or even insincere."" Weary of her circumscribed existence as a middle-aged, ordinary housewife, and suffering from the loss of her lover, Yuri, a Russian gardener, Francesca Woodbridge sits alone in a hotel room a few blocks from her home. Her stuffy attorney husband, Ren, still recovering from a mysterious attack from a masked intruder, and her teenage son, have no idea that she has flown back from her vacation in Greece. ""I am here,"" she says, ""to assess the situation... to spy on my waiting life."" As her new self, Francesca feels ""suspended in a nameless new lightness"" and newly capable of introspection. ""One morning... I realized that my interior self, the self I did not present to the world or even those closest to me, seemed to have burned out. It was gray sticks and ashes."" This is a woman as haunted by should-have-dones and might-have-beens as Clarissa Dalloway, and who similarly laments the loss of a lover. Though McNamer universalizes her heroine's emotional limbo, suggesting that we are all one step from overhauling our lives (a step we never actually take), her query--what if we did?--makes for a provocative, compelling story. As Francesca abandons her stalled life for an ""accelerating"" one, an intricate mystery unravels as well. The puzzle of who shot Ren Woodbridge seems to be obvious at least three times during the course of the story, but McNamer manages to sustain the suspense until nearly the final page. Other than a few moments of stilted dialogue, the narrative pulses and flows like good poetry--and its searing portrait of the consequences of choosing comfort over desire is memorable. (June)
close
Details