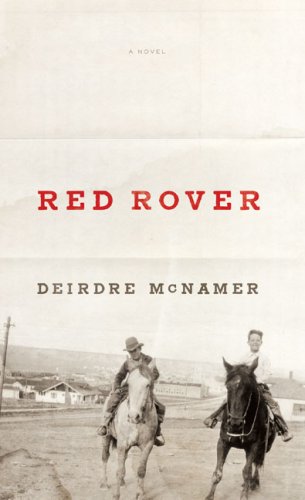 cNamer ( ; ) returns with a haunting novel of love, friendship and faith set in a world where none of those values triumphs. Brothers Neil and Aidan Tierney grow up on the prairies of pre–WWII Montana, and after Pearl Harbor Neil becomes a B-29 pilot in the Pacific, and Aidan joins the FBI and is assigned to covert duty in Argentina. Upon their return in 1946, Neil establishes a life, but Aiden is dying of a mysterious disease and embittered by what he saw and did during the war. His threats to go public with bureau business call back to his life Roland Taliaferro, also an FBI agent, whose alcoholism has put his career on the rocks. In short order, Aiden is found dead, an apparent suicide by shotgun. Neil suspects a coverup, but he has no way of disproving the official report. McNamer gradually reveals the truth of the matter, drawing in characters whose connections initially appear ancillary. McNamer's insight into her damaged cast generates a deep emotional response that builds toward a reunion and revelation that bring satisfaction, if not peace.