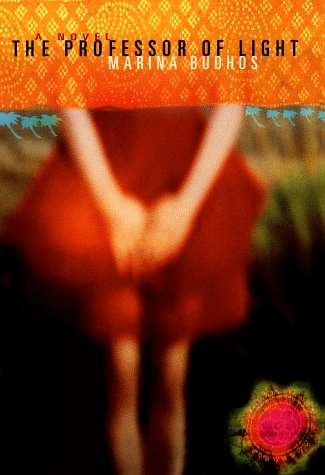 The Professor of Light

Adolescent Meggie Singh faces her complex personal history as she struggles under her genius father's demanding tutelage in this luminous second novel by Budhos that chronicles Indo-Caribbean displacement. Eight sections, each concluding with a fantastic and symbolic tale corresponding to Meggie's development, describe successive summers the Singh family spends at Meggie's aunt's house in England. Away from her Queens, N.Y., home, along with her romance-deprived Jewish mother and her Guyanese father, a philosophy professor (an ethnic pairing similar to that of the characters in House of Waiting), Meggie is surrounded by relatives and social strivers who encircle her family seeking money and status. Letters containing desperate pleas from the paternal relations in Guyana emotionally exhaust the already fragile professor (""a dreamer, a storyteller, a thinker""), who has been unable to finish his book on the subject of quantifying light. Meggie is a devoted and invaluable ally: she types her father's notes, engages him in relevant debates and tries to keep him from distractions like his gold-digging ""old friends."" She is unable to prevent his descent into madness, however; in dangerous symbiosis, Meggie nearly follows her father into mental breakdown. Her lonely mother, meanwhile, finds love with another man, and Meggie grieves over this betrayal as she explores romantic beginnings of her own. Many dualities are depicted in this taut psychological drama: England's stoic lucidity and the dark ancestral superstition of British Guyana, the dual nature of light as both particle and wave, the pull of burgeoning adolescent drives disarming the objectivity required for scientific thought, and the fine line between genius and madness. Budhos skillfully sustains these narrative tensions without waxing melodramatic or maudlin, and reaches a satisfying crescendo in which Meggie must reimagine everything she knows and loves in order to remain herself. (Mar.) FYI: Budhos has received grants/awards from the Rona Jaffe Foundation, the Kenyon Review, the Writers Room, Yaddo, MacDowell, Millay Colony and Virginia Center for the Arts.
close
Details