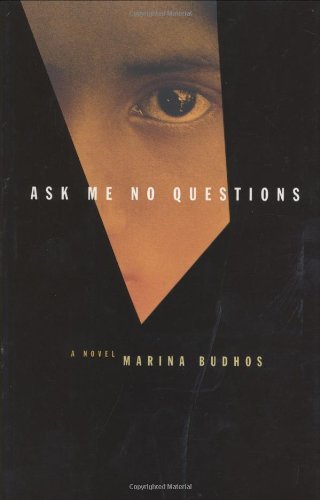 Ask Me No Questions

As Budhos's ( , for adults) provocative novel opens, 14-year-old narrator Nadira Hossain and her family are heading north to Canada, seeking asylum from the harassment that has become routine in the U.S. in the wake of 9/11. The family left Bangladesh for America eight years ago on a tourist visa and stayed; the first lawyer they hired to make them legal citizens was a fraud, the second was unsuccessful. At Flushing High in Queens, with a large population of immigrant students, the "policy" is "Ask me no questions," according to Nadira. But just as her sister, Aisha, is interviewing at colleges like Barnard, with a shot at valedictorian, the questions start coming hard and fast to the people of their community—some of whom disappear in the night with immigration officers, detained for months before being deported. In a desperate move, the Hossains travel to Canada, where they are turned away; their father, Abba, is placed in a U.S. jail cell at the border, their mother remains in a shelter nearby, and the girls return to Queens to stay with their aunt and uncle. The message drives the story here; the motivations of the characters are not always clear, and the ending may strike some as a bit tidy. But the events of the novel are powerful enough to engage readers' attention and will make them pause to consider the effects of a legal practice that preys on prejudice and fear. Ages 10-14.