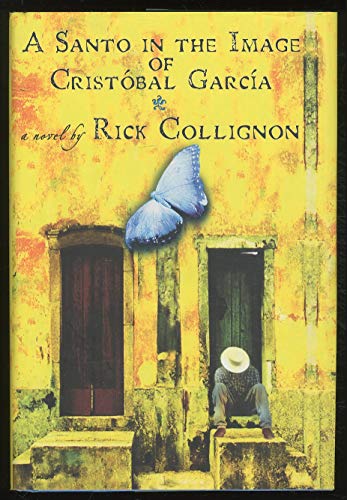 A SANTO IN THE IMAGE OF CRISTBAL GARCA

Relying heavily on flashback, Collignon's final installment in his Guadalupe Trilogy () takes place as a mysterious fire envelops the narrator's fictional New Mexico village. As a genre, magical realism strives to create a world in which strong emotions are physically manifested, as though the line between the subjective self and the objective universe has been unaccountably blurred. As Flavio Montoya is held under suspicion of having started the fire, the narrative explores his memories of his deceased wife and sister and his childhood growing up in Guadalupe. In Laura Esquivel fashion, special attention is paid to the descriptions of meal ingredients and preparation, fostering a sensuousness that belies some of the darker aspects of the tale. Ghosts appear, describing the hour of their deaths (and, cartoonishly, looking as they did when found deceased); a friend who has been silent for years due to a stroke suddenly speaks, implicating Flavio; a horrific witch is said to roam the village byways. Collignon also plumbs the deeply melancholy history of the town itself, beginning with the arrival, life and death of Cristóbal García, the town's founder. Perhaps the happiest moment of the book—Flavio's discovery of letters written to him by his deceased wife, meant to be read after her passing—is also tinged with sadness. Though it situates itself squarely in a tired genre, Collignon's book is not without merit. Dreamlike and melancholy, it is a worthy read, if slow-paced and often painfully—though not tritely—sentimental.