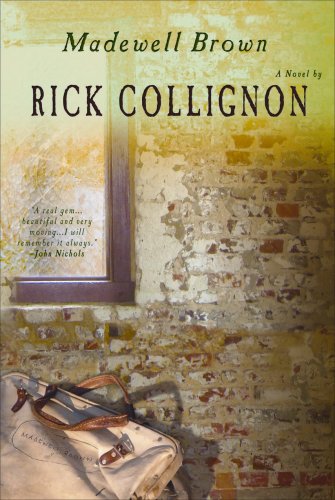 In this wheezy, melancholy tale, Collignon returns to the fictional New Mexico town of Guadalupe (from his previous novel, ), this time by way of a young woman named Rachael. Rachael grew up an orphan in South Cairo, Ill., and carries on a grudging yet loving connection with an elderly man named Obie, who tells her about her grandfather (and his childhood friend), Madewell Brown. When Obie dies, he leaves her his memoirs of his and Madewell's glory days on an African-American baseball team. Meanwhile, in Guadalupe, an elderly man tells his son, Cipriano, about a long-ago desert encounter with a strange black man. Cipriano later finds the man's bag—emblazoned with the name Madewell Brown—stashed in the shed and pulls from it an unsent letter, addressed to Obie, which he drops in the mail. From there, the two stories begin to converge to sketch out Madewell's story, punctuated by Obie's too-nostalgic remembrances of baseball games past. It's decent enough, but there's nothing especially memorable about it.