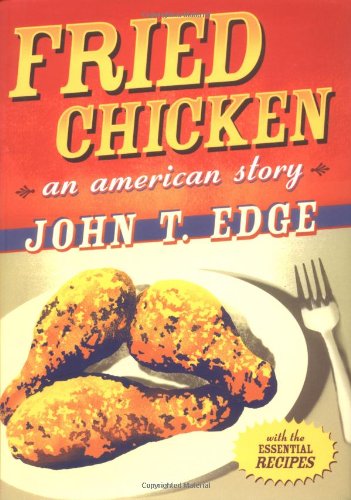 Why did the chicken cross the continent? To get to the buttermilk-bathed, Creole-fried, mojo-marinated recipes, of course. Edge ( ) directs Ole Miss's Southern Foodways Alliance, which studies the South's diverse food cultures, and he dishes up a combo plate of cookbook/travelogue, describing stopovers on his poultry pilgrimage across America, tasting and testing. His quest took him from New Orleans to Nashville (the "fiery goodness" of Prince's Hot Chicken Shack) and from L.A. to Buffalo (home of Buffalo wings). He focuses on individual cooks and family-run enterprises, so KFC and other chains get scant space. Instead, chapters close with regional recipes (e.g., Cape May's Onion-Fried Shore Chicken). Fryer facts flow like gravy, along with pop culture references, and there's an outstanding chapter recounting how celebrated Creole-Soul cook Austin Leslie inspired the Emmy-winning CBS series (1987). Edge concludes that the top dishes are found "where the cooks monkey the most with the birds." Throughout, he shares evocative descriptions of people and places, and designer Stephanie Huntwork's attractive gingham graphics and place-mat pages add a down-home feel. This clever, witty little book offers a heaping helping of chicken facts, and the appendix listing 34 "favorite chicken houses" in 14 states is a fitting finale.