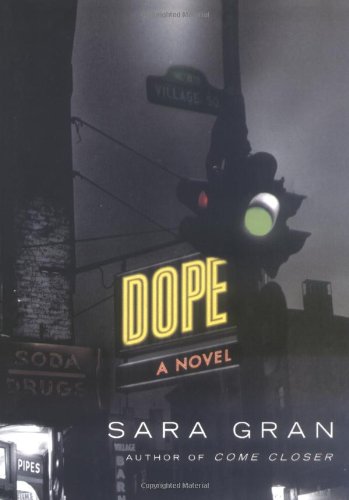 After her well-received horror tale , you can't blame Gran for trying her hand at a 1950s noir, but her turns on stripped-down conventions are less sharp this time out. Gran's heroine, Josephine "Joe" Flannigan, is a former heroin addict and hooker who has recast herself as a petty thief and con. Working her home turf, New York City's Hell's Kitchen, she is taken up by a mysterious well-to-do couple offering her $1,000 up front and another $1,000 on delivery to find their addict daughter, expelled from Barnard and lost to the streets. The reader never actually sees Joe do any thieving or conning, because she's got that $1,000 to ride on. Instead, Joe's search for the missing coed takes her on a cliché-ridden tour of the bare apartments and public parks frequented by the junkies who used to be her friends. (And it's the '50s, so teenagers listen to 45s, and black Chevrolets are still cool.) Joe's troubled relationship with little sister Shelley is a very engaging conflict, but Gran doesn't bring them together often enough. It never occurs to Joe that she may be being conned herself, and her hooker-with-a-heart-of-gold routine wears thin, but she's easy to root for.