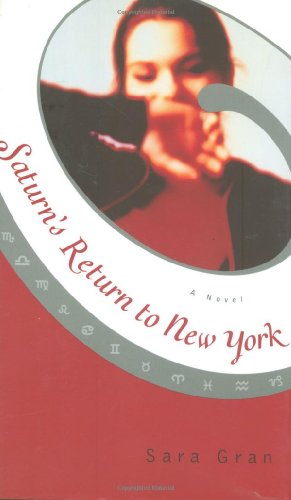 The protagonist of Gran's first novel is a young Manhattanite who works in publishing, dodges ex-boyfriends at parties, practices yoga and smokes the occasional cigarette. While this may suggest a certain urban singleton on the other side of the Atlantic, Gran, herself a New Yorker, offers instead a character who is not in search of the perfect man. Mary Forrest is finally coming of age. She lost her father when she was a young girl, and now that she's an adult, is making a conscientious effort to forge a better relationship with her mother, Evelyn, the aging founder of a prestigious literary magazine. For her 29th birthday, Mary's friend Chloe gives her a session with an astrologer, who tells her that when she reaches age 29, the planet Saturn returns to the same spot it was in when she was born, so it is now that she really becomes an adult. What this means for Mary is learning to love her job at Intelligentsia, an online bookseller, and to enjoy Evelyn's company. But she comes up against some resistance: at work, an obviously nutty colleague tries openly to steal Mary's job; on the family front, Evelyn is beginning to lose her memory and her mind. Gran has crafted an almost unbelievably strong character in Mary; her optimism and sturdy staying power are admirable. Although many of the book's New York publishing scenes may alienate readers who don't frequent the same circles, Gran has written a smart, discerning story that will appeal to readers seeking to break out of Bridget Jones tedium.