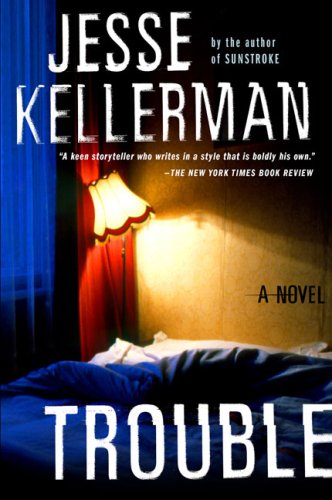 Kellerman, the son of bestsellers Faye and Jonathan Kellerman, shows that his impressive debut, , was no fluke with this gripping psychological page-turner that echoes the best of Hitchcock. Jonah Stem, a young medical resident at St. Agatha's, a midtown Manhattan teaching hospital, heroically intervenes when he encounters an attractive woman desperately fleeing a knife-wielding assailant early one morning on a street near Times Square. After Stem kills the man in self-defense, he enjoys a brief celebrity, but his life soon becomes complicated when the woman he rescued, Eve Gones, seeks him out and the two begin a frenzied affair. Taken aback by Gones's masochism, Stem attempts to end the relationship, but soon finds himself stalked relentlessly. Kellerman artfully conveys Stem's descent into near madness, making the step-by-step degradation of a decent man who was in the wrong place at the wrong time plausible and chilling.