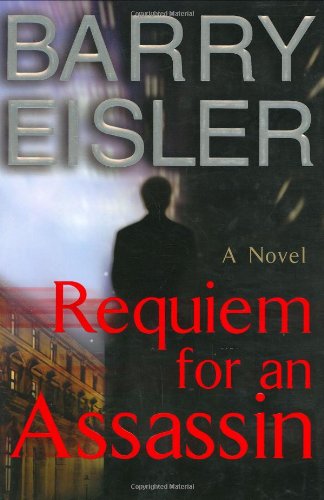 Requiem for an Assassin

In Eisler’s predictable sixth thriller to star half Japanese, half American assassin John Rain (after 2006’s The Last Assassin), Rain’s longtime rival, rogue CIA agent Jim Hilger, kidnaps Rain’s sniper friend Dox and threatens to kill Dox unless Rain murders three people Hilger wants dead. Despite his ambivalence about his chosen trade, Rain carries out the hits with little remorse. Rain’s adventures take him to the usual glamorous locales—Paris, London, Amsterdam—while throughout he remains nostalgic for his Japanese heritage. In a subplot, Rain’s Mossad agent lover, Delilah, enlists some Israeli colleagues in an attempt to foil a major terrorist plot. The revelation of why the three murder victims were selected comes as the book’s one real surprise. 150,000 first printing; author tour. (June)