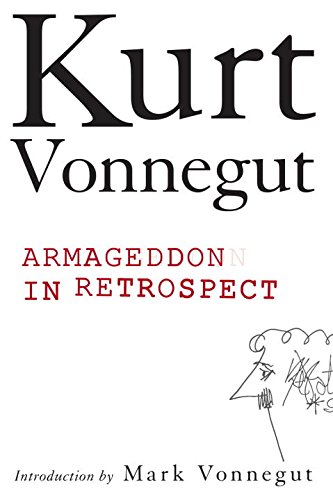 When Kurt Vonnegut died in April 2007, the world lost a wry commentator on the human condition. Thanks to this collection of unpublished fiction and nonfiction, Vonnegut's voice returns full force. Introduced by his son, these writings dwell on war and peace, especially the firebombing of Dresden, Germany. The volume opens with a poignant 1945 letter from Pfc. Kurt Vonnegut Jr. to his father in Indianapolis, presenting a vivid portrait of his harrowing escape from that city. The fiction, full of his characteristic humor, includes stories about time travel and the impossibility of peace in the world (“Great Day”) and, in the title piece, a kind of mock , Dr. Lucifer Mephisto teaches his charges about the insidious nature of evil and the impossibility of good ever triumphing. In his final speech, Vonnegut lets go some of his zingers (jazz is “safe sex of the highest order”) and does what he always did best, tell the truth through jokes: “And how should we behave during the Apocalypse? We should be unusually kind to one another, certainly. But we should also stop being so serious. Jokes help a lot. And get a dog, if you don't already have one.” So it goes.