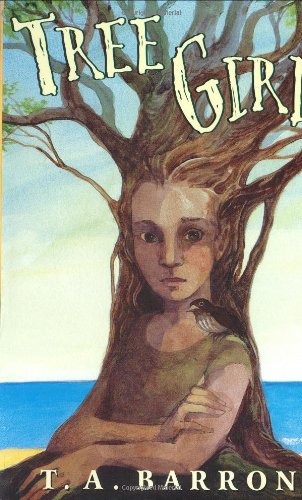 Barron's () unevenly paced fantasy centers on nine-year-old Anna, who lives with a crotchety old man in a cottage near the forest. In answer to her repeated inquiries about her past, her guardian, Master Mellwyn, tells her only that he found her as an infant nestled in the roots of a willow tree. He forbids her to go into the woods, warning that evil "ghouls" live there. At the same time, she is repeatedly drawn to the sight of the High Willow, which towers over the other forest trees: "Something about this tree spoke to her—aye, called to her." The chapter that chronicles the heroine's softening toward her master and her immediate about-face moves too swiftly for readers to find her abrupt changes of heart credible. The upshot is that Anna befriends a forbidden bear who suddenly transforms into a boy and announces that he is a "tree spirit." As the two bond, readers will likely piece together the lass's identity, rendering anticlimactic the moment when she discovers who her mother is. The story's confusing internal logic (Why does Anna bear a striking resemblance to the Master's late daughter, for instance?) and predictable denouement diminish its effect. Ages 8-12.