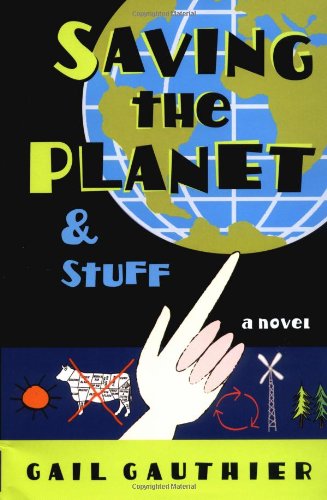 Michael, the self-deprecating, under-motivated 16-year-old at the center of Gauthier's () funny novel, is conspicuously unaccomplished (asked what he is good at, he responds, "Nothing actually,... trying to sound as if he were being very modest rather than just honest"). Without much forethought, Michael accepts an offer to live in Vermont with his grandparents' friends Nora and Walt, a pair of environmentally correct, aging hippies who run an ecologically oriented magazine where Michael can be an intern. Taking full advantage of the wildly divergent values and mores of this couple and the teen, Gauthier incorporates spirited dialogue, wry asides from Michael and droll scenarios, as when the boy first enters his bedroom to find it crammed with junk that his hosts refuse to take to the overcrowded landfill. Assigned to answering e-mails at the magazine, Michael becomes aware of the managing editor's intention to defy Nora's wishes and quash a hard-hitting exposé. Though the office politics at times slow the pace, Michael's role in the scandal adds dimension to his personality and serves as an effective counterpoint to the tart, comic tone. Ages 10-up.