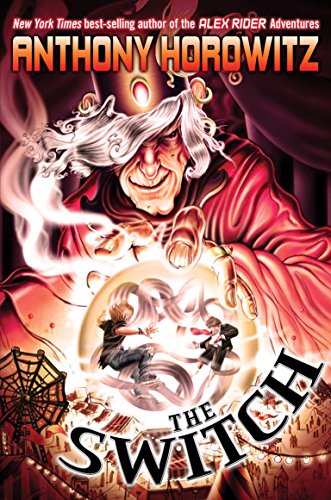 Maybe only a 10-year-old would find the zanily sinister world here plausible, but Horowitz (the Alex Rider adventures) writes about it with such zeal that older readers will get sucked in, too. Rich, spoiled Thomas Arnold David Spencer, or Tad, goes to bed one night on his goose feather pillow and Irish linen sheets wishing for one split second to be someone else. Thanks to some alignment of planets (or maybe just a weird carnival gypsy, it's never really clear), 13-year-old Tad gets his wish, and he wakes up in the body of Bob Snarby, the son of carnival workers, who has a penchant for sniffing glue. The ensuing chain of events has Tad, Bob and readers questioning whether anything is what it appears to be. Horowitz has fun describing both the squalor of Snarby's caravan and its hard-knock occupants as well as the upscale, anything-can-be-bought world of the Spencers. Spinning an action-packed story, Horowitz also slyly tosses in some pretty deep questions about life. Ages 10–up.