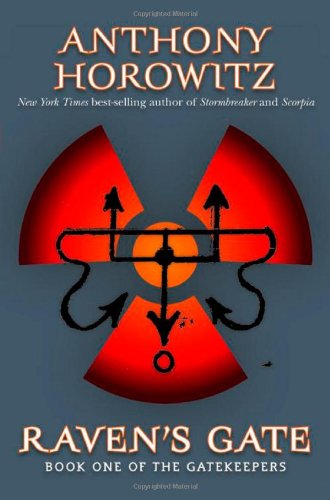 Horowitz (the Alex Rider series) unveils a thoroughly creepy new tale with this first entry in the Gatekeepers series. The novel opens as 14-year-old Matt Freeman reluctantly helps an older friend break into a warehouse. A frequent truant (he has lived with his aunt since his parents were killed in a car accident), Matt's problems grow exponentially worse when he finds himself charged as an accessory to assault after his friend stabs a security guard during the failed burglary. Matt is offered a chance to participate in the LEAF Program (Liberty and Education Achieved Through Fostering), which sends troubled youths to rural settings where "there are fewer temptations." In the custody of severe, stern Mrs. Deverill, Matt must clean the pigsty among other chores. But his tasks pale compared to the gathering threat in the village of Lesser Malling. Though he tries to escape, Matt finds his attempts thwarted by unseen forces, and he soon realizes that his presence in Lesser Malling is no accident. Among Mrs. Deverill's belongings he makes a chilling discovery: "The photograph was black-and-white, taken with a telephoto lens.... With a sense of horror and sickness, he realized he was looking at a picture of himself. This was his parents' funeral. Six years ago." Sinister magic melds with modern technology, and Matt's few allies are killed off one by one. Horowitz's talent for building suspense is as strong as ever, and this unnatural tale, which descends into ancient evils, should attract a strong following. Ages 12-up.