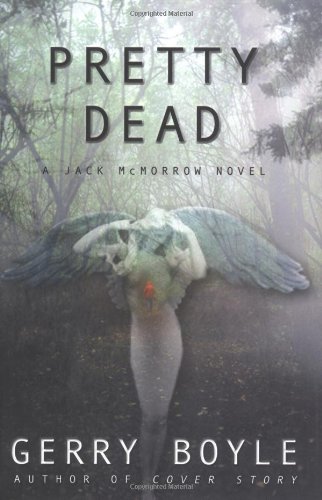 Boyle is at the top of his form in his riveting seventh novel (after 2000's ) to feature Maine reporter Jack McMorrow. When Jack's significant other, social service worker Roxanne Masterson, investigates allegations of physical abuse concerning the young daughter of Boston bluebloods David and Maddie Connelly, Jack senses a shot at a story. And a story he gets, but not the one he'd figured on. Jack and Roxanne are invited to join staff members of the Sky Blue Foundation, an organization that distributes Connelly money to worthy causes, for a weekend retreat at the Connellys' Blue Harbor estate. There a beautiful young staff member steals the show, then winds up dead, leaving Jack and Roxanne to delve into all the unpleasant possibilities. Heavy muscle shows up to discourage Jack's search, while a phone message forces him to put his cards on the table and the Connellys to unveil a dark secret from the past that could destroy far more than the family image. In the end, Jack must decide just where to draw the line between his friendship with the Connellys and his responsibility as a journalist to write the truth. This whodunit is sure to win many new fans for Boyle, though it may take a nomination for a major mystery award to really put him on the map.