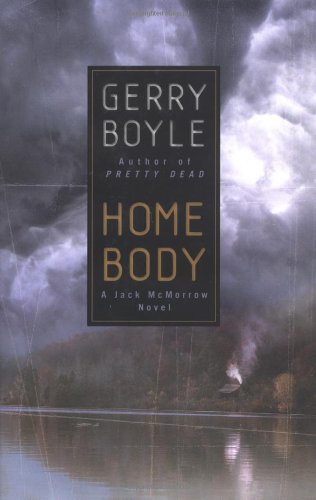 If not quite as well paced as others in the series, Boyle's intense, suspense-filled eighth book (after 2003's ) to feature freelance journalist Jack McMorrow nicely captures the mood of rural Maine, where violence seethes beneath the placid surface of rock-strewn woods and decrepit small towns. On a trip to Portland from his country cabin, McMorrow and his pregnant lover, social worker Roxanne Masterson, prevent a street gang from attacking Rocky, a teenage runaway who eludes them. Later, McMorrow spots and tries to help Rocky who, like a bead of quicksilver, slippery and impossible to hold down, slips away again. As the story progresses, McMorrow finds and loses the troubled boy eight times, trying the reader's patience. But with each repetition Boyle increases the tension as McMorrow delves into the dark underworld of street teens, gradually gaining Rocky's trust and learning hints of a frightening family secret that may be linked to three suspicious deaths. A white-knuckle chase leads to a nightmarish finale. Boyle shows how good deeds are suspect in a society of stalkers and prey.