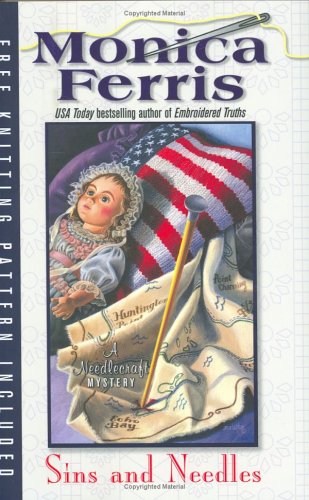 Betsy Devonshire, proprietor of a needlework shop and sometime sleuth, looks into the mysterious death of Edyth Hanraty, an eccentric, elderly multimillionaire in the engrossing 10th installment of Ferris's smalltown Minnesota needlecraft series (after 2005's ). Edyth's great niece, Jan, who stands to inherit a small fortune, comes under suspicion. Betsy is determined to clear Jan, who is one of her most loyal customers. Plenty of other suspects abound—Jan's own mother, Jan's resentful and immature uncle and Lucille Jones, a charming Texas gal who claims to be Jan's long-lost sister. The discovery of a decades-old embroidered map, possibly leading to buried treasure, adds to the intrigue. The brisk plot and well-developed characters make this complex novel one of the stronger entries in this cozy series.