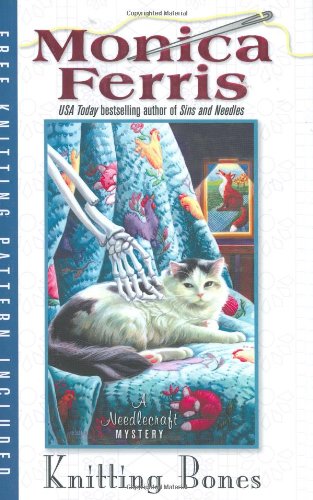 In Ferris's 11th crafty cozy (after ), former cop Betsy Devonshire, now proprietor of the Crewel World needlework shop in Excelsior, Minn., tries to solve a mystery from home while recovering from a horseback riding accident. At the annual Embroiderers' Guild of America convention, which Betsy missed thanks to her busted leg, National Heart Coalition exec Robert Germaine accepted a check for a substantial charitable donation and then disappeared with it. Betsy reluctantly takes on the case when Germaine's wife begs for her help and Godwin “Goddy” Dulac, Betsy's overeager assistant, offers to do the legwork. Meanwhile, Tony Milan, an ex-con who was planning to mug Germaine for the check, wakes up three days later with a concussion. He's lacking some vital memories thanks to a car wreck, but he knows something's up when he discovers he arrived at the hospital wearing Germaine's suit and watch. Serious mystery readers might yawn at this less than intricate yarn, but Ferris's fans will be charmed.