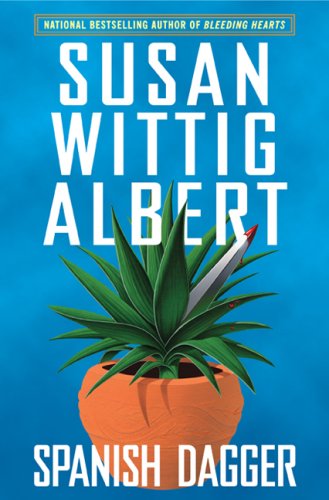 Violent crime and long-buried intrigue disrupt the peace of Pecan Springs, Tex., home of herb shop owner China Bayles, in the piquant 16th entry in Albert's southwestern cozy series (after 2006's ). China's pleasant routines are first disrupted by the travails of her business partner, Ruby, who's apparently been stood up by her unreliable boyfriend, an ex-narc. Then China's recently discovered half brother, Miles Danforth, an attorney, insists on reopening the ice-cold case of their father's death in a car accident 16 years earlier. Miles has uncovered correspondence that their father feared for his life before he died, and recruits the help of China's husband, Mike McQuaid, a former Houston homicide detective turned PI. But China faces a much warmer corpse when she and her friend Carole discover a bloody body by the railroad tracks where they go to gather yucca. Albert's fans will savor recipes such as Texas tarragon vinegar and lemon-mint tea concentrate, plus botanical trivia.