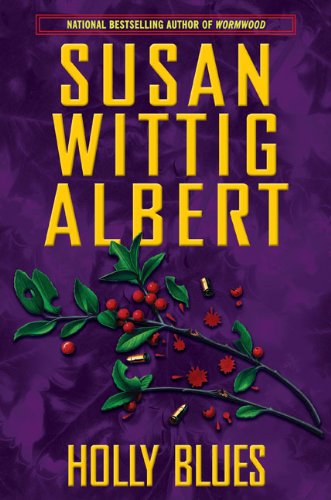 The arrival in Pecan Springs, Tex., of Sally Strahorn, the insecure ex-wife of China Bayles's husband, PI Mike McQuaid, leads to trouble in Albert's sprightly 18th China Bayles mystery (after 2009's ). Against her better judgment, herbalist and tea-shop owner China takes pity on Sally, who's just lost her home and suffers from split personality disorder, and offers her a place to stay. Soon enough, a stalker targeting Sally makes threatening calls to China, and the police suspect Sally of involvement in a murder. With Mike away on business, China again turns sleuth to determine what connection the stalker might have to the deaths of Sally's parents almost 10 years earlier—and to prevent any harm to herself or her children. More than once China and her best friend, Ruby, dress up as Sesame Street characters to disarm suspicion. Series fans will enjoy catching up with old friends, though newcomers are likely to find the soap-operish family relationships of less interest.