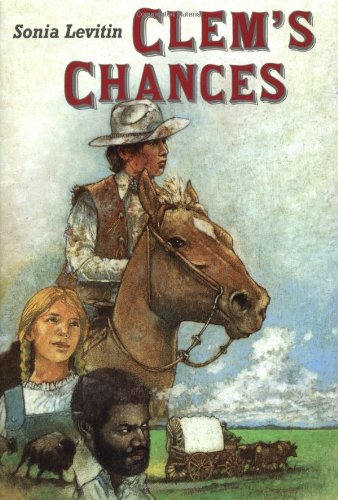 Levitin's () fast-paced historical adventure set in 1860 thrusts the desperate, penniless and likable narrator, 14-year-old Clem Fontayne, on the Overland Trail from Missouri to California in search of his father. The highly educated "Frenchie," Pierre, left his son, Clem, and family to find gold in California. When Clem remembers life before the deaths of his mother and baby sister, he thinks, "Surely those were happy days, but who counts happiness until it's gone?" The author effectively builds the hopelessness of Clem's plight, which compels him to take any work available on the road West, including cheating at cards at a tavern. Along the way, Clem encounters characters that convey many of the issues of the day, such as a boss that orders a bloody massacre of buffalo; an African-American, Gabriel, born in free Ohio territory, kidnapped and drafted into slavery; and a family on a wagon train of Mormons. For the most part, these characters prove strong, though Gabriel's speeches grow into something like lengthy sermons before he and Clem part, and the climax borders on melodrama. Clem's folksy voice and resilient spirit are the novel's most memorable assets. Ages 8-12.