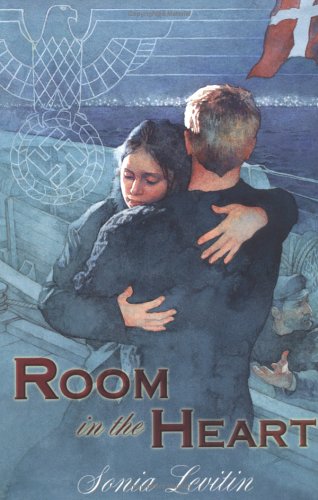 ROOM IN THE HEART

Levitin (), a survivor of Hitler's Germany, offers a panoramic view of Denmark during the German occupation. Beginning with the German invasion in April 1940, her novel traces the experiences of a varied, loosely linked group. Julie, from an assimilated Jewish family, at first can't understand her father's apparent resignation to the Nazi regime and wants to fight back; Julie's friend Ingrid opposes violence for any reason. But Ingrid's older brother, Niels, secretly joins a resistance group; and Ingrid and Niels's older sister, Fredericka, embarks on an ill-fated romance with a Jewish Zionist. Levitin also introduces a friend of Niels who admires the Nazis and thinks about going to fight on the Russian front, and the author assigns the protagonists' parents and relatives distinct points of view as well. There's even a German soldier who expresses his beliefs via letters to his mother. While a number of these characters seem designed to occupy a position on a spectrum of possible responses and reactions, overall Levitin succeeds in illuminating a complex set of historical events. She emphasizes the groundwork necessary for the heroic rescue of the Jews more than the rescue itself; the title refers to a revealing Danish proverb, "Where there's room in the heart, there's room in the home." Readers whose interest in the Danish resistance has been piqued by such works as Lois Lowry's will especially welcome this large-scale novel. Ages 12-up.