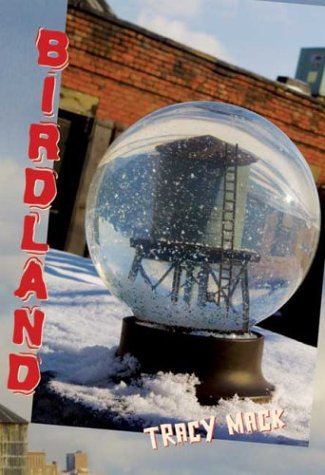 Eighth-grader Joseph Eli Diamond (or Jed) feels responsible for not being home when his older brother, a diabetic, went into insulin shock after drinking half a bottle of vodka, and he wonders if Zeke's death was accidental. Now Jed's having trouble speaking, and his uncommunicative family is falling apart. While making a movie about his New York City neighborhood for a school project, Jed sees many of the images his poet brother wrote about in his notebook, including a homeless girl whose "hard-soft eyes haunt my dreams." Though his growing friendship with the girl strains credibility somewhat, it does provide Jed a chance to save her in a way he couldn't save Zeke and to begin talking again. Through Jed's eyes—and camera—Mack ( ) paints a vivid picture of Jed's East Village neighborhood, full of characters who struggle on, despite both personal tragedies and the aftereffects of September 11. The author offers a realistic portrayal of a grieving family as well as other characters grappling with hardships, such as Jed's best friend, whose mother recently moved out. Some touches, such as Jed's younger brother's obsession with ambulances, seem scripted, and both Jed's speaking problem and Kiki's self-injuring never feel fully developed (conversely, readers may well appreciate the information on diabetes). Overall, despite a few rough edges, readers will find it easy to relate to Jed and many of the other brave characters in his corner of the world. Ages 14-up.