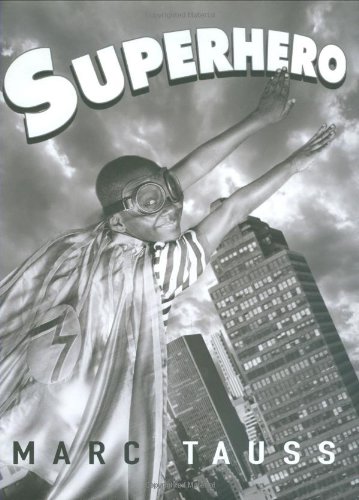 In Tauss's ( ) inventive if uneven photo-illustrated tale, a boy urban-dweller named Maleek puts aside his beloved superhero comic books and assumes his own crime-fighting identity (complete with costume cape and goggles). Maleek awakes one day to discover that all the city's parks and playgrounds have vanished. With his trusty robot, Marvyn, at his side, and the help of the " machine," the hero heads back 500 years and assembles plants into a growth-accelerating " ." Maleek and Marvyn then hop into a soda-pop–powered flying thingamajig called a Gyropod and restore all the city's parks and playgrounds into a green-space worthy of the rainforest, with bouquets blossoming even from the tops of skyscrapers. Unfortunately the text is not quite up to the visual talents on display here. The prose is too literal to emulate the pacing or excitement of a kerpow-style comic book (e.g., "They flew high above the city, spreading everywhere"). More successful are Tauss's manipulations of black-and-white pictures—even if the spreads' burnished, silver-and-gray tones appear to be more Gothic than comic. He skillfully smudges the lines between reality and fantasy, and respects his preschool audience's appetite for mastery by serving up Maleek's heroism straight—with no irony in sight. Ages 3-5.