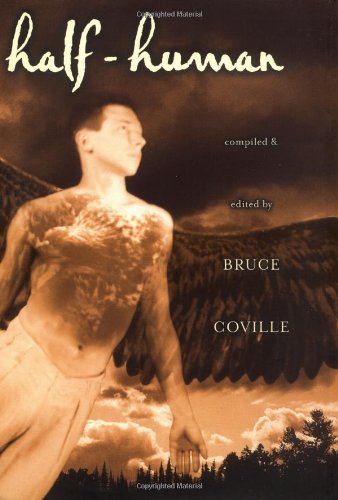 Nine storytellers and a poet explore the bizarre and melancholy possibilities of being only partly human. In his introduction, Coville (the Unicorn Chronicles) admits these stories provide a "strange mirror," reflecting that part of the self that is not human. Several engaging tales of transformation, more lyric in quality, draw on fairytale or mythological conventions, such as a mermaid story by D.J. Malcolm, a tale of a tree spirit by Tamora Pierce and "Princess Dragonblood" (Jude Mandell). A pair of stories succeed as coming-of-age parables—"Soaring" (Tim Waggoner), a tale of a modern-day Icarus set against a "traveling phantasmagoria," and "Water's Edge" (Janni Lee Simner) about a contemporary selkie. Other selections strain credibility, such as Gregory Maguire's "Scarecrow," which imagines the convoluted origins of the hero of , and Jane Yolen's "Centaur," in which a baby centaur is born in the barn of a family that names it after a departed child; however, Yolen's skill as a storyteller redeems her unusual tale. The collection closes with Coville's own complex story about an ancient woman who is half snake, yearning to be freed into mortality. These stories will likely grab the attention of readers who are exploring and developing their own sense of what it means to be human, but the tales vary in their ability to sustain readers' interest in the plight of the unusual creatures. Ages 8-14.