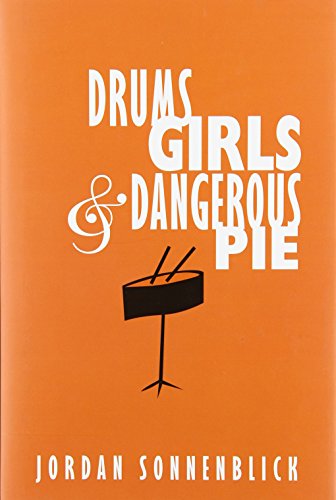 Sonnenblick's insightful debut novel charts the way a talented 13-year-old drummer's life changes when his five-year-old brother, Jeffrey, is diagnosed with leukemia. Steven, whose story unfolds through his journals for English class, was the first drummer ever admitted into the All-City High School Band in the seventh grade, and this year, as an eighth grader, his future looks even brighter. After Jeffrey is diagnosed with cancer, his mother must spend more time taking Jeffrey to treatment and the family's finances begin to suffer; Steven takes refuge in the basement, practicing the drums for hours. The author perceptively records the struggle within Steven to lash out against his parents for feeling neglected and to feel compassion for his brother, as well as the normal adolescent concerns, including overlooking childhood friend Annette ("It's like she's figured out how to play [piano] like Beethoven and Thelonious Monk but hasn't quite mastered the art of being a girl yet"), who clearly has a crush on him, in favor of unattainable girl-next-door Renee. The journal structure is not always entirely believable, but Steven's thoughts and feelings are (after his mother returns from one of Jeffrey's treatments, Steven has an epiphany: "I realized without any shadow of a doubt that she would have done the same for me"). Readers may well feel inspired by the teen's gradual growth over the course of the novel, and drummers especially will enjoy this insider's view. Ages 12-up.