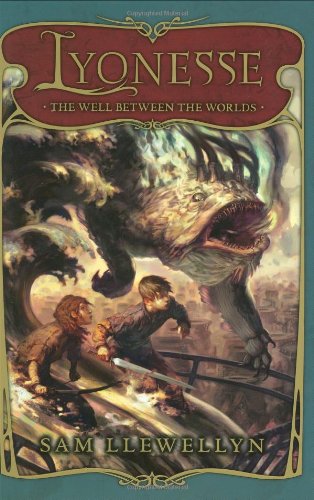 Lyonesse: The Well Between the Worlds

Drawing on centuries-old native lore, British author Llewellyn explores the mythical, now-sunken Lyonesse, the setting for the proto-legends of King Arthur. The people of Lyonesse have learned to keep their land afloat, in part by building machines, in part by reaching a truce with the monsters that swim in its bottomless wells—or so 11-year-old Idris (the Arthur figure) thinks. But when Idris turns out to be a Cross (with both monster and human forebears), he learns deadlier truths. Realizing that he can hear the thoughts of both monsters and men, he concludes that neither are to be trusted—and before long he sees that he may play a crucial role in Lyonesse's destiny. Assuming readers can get past the misleading cover art, which features a particularly creepy, shark-toothed behemoth, those with a taste for Arthuriana will find Llewellyn's versions of such Camelot characters as Merlin and Morgan engrossing; more general fans of high fantasy will appreciate the imaginative world-building. Kids will need to read closely to follow the thickly layered plot through all of its turns; those who do will be eager for the planned sequel. Ages 9–12.